Even if you love Japan so much that you want to become a Japanese citizen, it is up to the Ministry of Justice whether or not to grant you that permission. The Japanese government will not just let anybody become a citizen. There are certain and fundamental conditions that have to be met.

Below are the conditions for naturalization. You must :

You will also be expected to be able to communicate in Japanese, including reading and writing skills equivalent to that of a third grade student of elementary school.

Becoming a Japanese and giving up your nationality is such a big decision to make. It’s important to carefully consider the reasons for wanting to become a Japanese Citizen.

2. Difference between permanent residence and naturalizing as a Japanese citizen

Permanent residence visa lets you stay indefinitely which saves you having to go to the immigration office every 2 or 3 years and this visa isn’t linked to your job or spouse so you can work in any job you want. Holding this visa also makes it easier to qualify for loans from Japanese banks. However because you are still a non-Japanese person, you have to carry a residence card ( Zairyu card ) and you need a re-entry permit if you travel outside of  Japan for a period longer than one year. Also you can be deported if you are involved in serious criminal activities which are against the law.

Naturalization means you become a Japanese citizen by losing your original nationality. You are given exactly the same rights any Japanese national has. You will have the right to vote in an election, you will have a Japanese passport, you can apply for a public servants job if you wish and you won’t be deported in any cases.

Permanent residence is still a residential status that means you are able to stay in Japan without worrying about the duration and type of works you engage in. Even if you like living in Japan now, you might not be ready to give up your nationality and may want to return home one day. This maybe the best option for you. But if you have no intention of going back to your country and have a strong will to settle down in Japan, then naturalization could be the way to go.

This is the case of an American who became a Japanese citizen.

Japan was the land of his dreams since he was little. He taught himself Japanese and took a major in Japanese language at university. He finally came to Japan as a language teacher and got married to a Japanese national. When he found out that his wife was pregnant, he decided to become a Japanese citizen. He discussed this with his family and friends in the United States and eventually they understood that he really wanted to settle down in Japan and live life as a Japanese citizen. It took a load of paper work, especially getting all the papers from the United States. He was worried about one thing, that in his first year in Japan, he was caught twice going over the speed limit. However, eventually the citizenship was granted after one year.

Naturalization requires a lot of paperwork because if you become a Japanese citizen, you need to obtain the information about your parents and family which will appear on the Family Registry ( Koseki tohon) like any other Japanese. And also you need to prepare the documents about you, such as what kind of job you do, what qualifications you have, what kind of place you live etc. Because the officer at Ministry of Justice goes through all the documents throughly, the assessment itself takes quite long, from 7 months to 1 year or sometimes even longer.

If you think that you meet the basic conditions set out above, you can start the naturalization process. Since what documents are needed depends on the person’s situation, I will not explain it here. But the outline of process is :

The key points are:

Naturalization is a different process from others such as applying for a certificate of eligibility or extension of period of stay. You have to present yourself at the local Ministry of Justice and have an interview on your own.

In these cases, Visa Navi Japan can offer you the exact support you want.

We can check the documents that you prepared, and we can help you create the documents as Visa Navi Japan is a nationally licensed immigration lawyer ( gyoseishoshi ) and at least accompany you to the local Ministry of Justice. 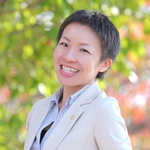 Any questions about Naturalization process? If you are thinking of becoming a Japanese Citizen and need supports, please feel free to contact me!

If you want to make an inquiry about Japanese citizenship / naturalization, please fill out the form on the Contact us page and send it to us. We will get back to you in a few days.

To find out about our standard fees, please have a look at our Fee page.

Your life in Japan starts here